Kinetic Engine is a realtime generative music system that has been in development since 2005. It has been used as an extended instrument within an improvising ensemble, as a networked performance ensemble, as an interactive installation, and as an independent performance system under the composer’s control. The first two versions were solely concerned with polyphonic rhythmic organisation using multi-agents. Version 3 introduced an evolutionary algorithm for the evolution of a population of rhythms, in realtime, based upon the analysis of music provided. Version 4 explored melodic organisation, again using multi-agents, while the most recent version adds a third order Markov model for harmonic generation.

Eigenfeldt, A. (2009). “Emergent Rhythms through Multi-agency in Max/MSP.”Computer Music Modeling and Retrieval: Sense of Sounds, Lecture Notes in Computer Science. 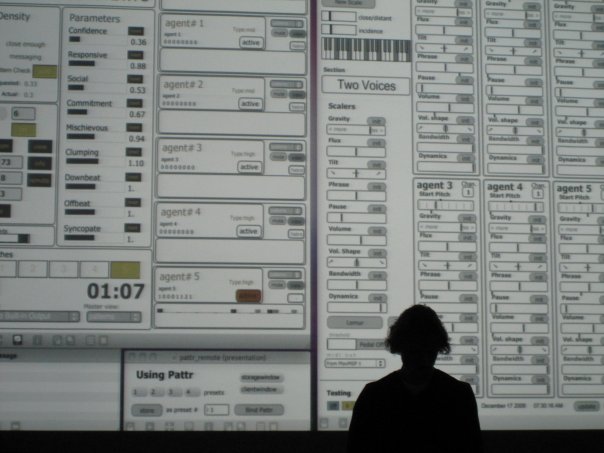