An installation for nine agents performing Ajay Kapur’s NotomotoN (an 18-armed robotic percussionist), in which a new composition is generated every fifteen minutes, with each performance usually lasting between 3 and 5 minutes.

The agents negotiate a texture from 16 possible combinations – based upon the following features: slow/fast; sparse/dense; loud/soft; rhythmic/arhythmic. Once a texture is agreed upon, they perform their interpretation of that texture. Agents become bored easily, and may drop out; alternatively, they may enter at any time. Once over half of the agents have decided that they are no longer interested in the specific texture, the section stops, and a new texture is negotiated. When the same texture has appeared three times, the performance is complete. 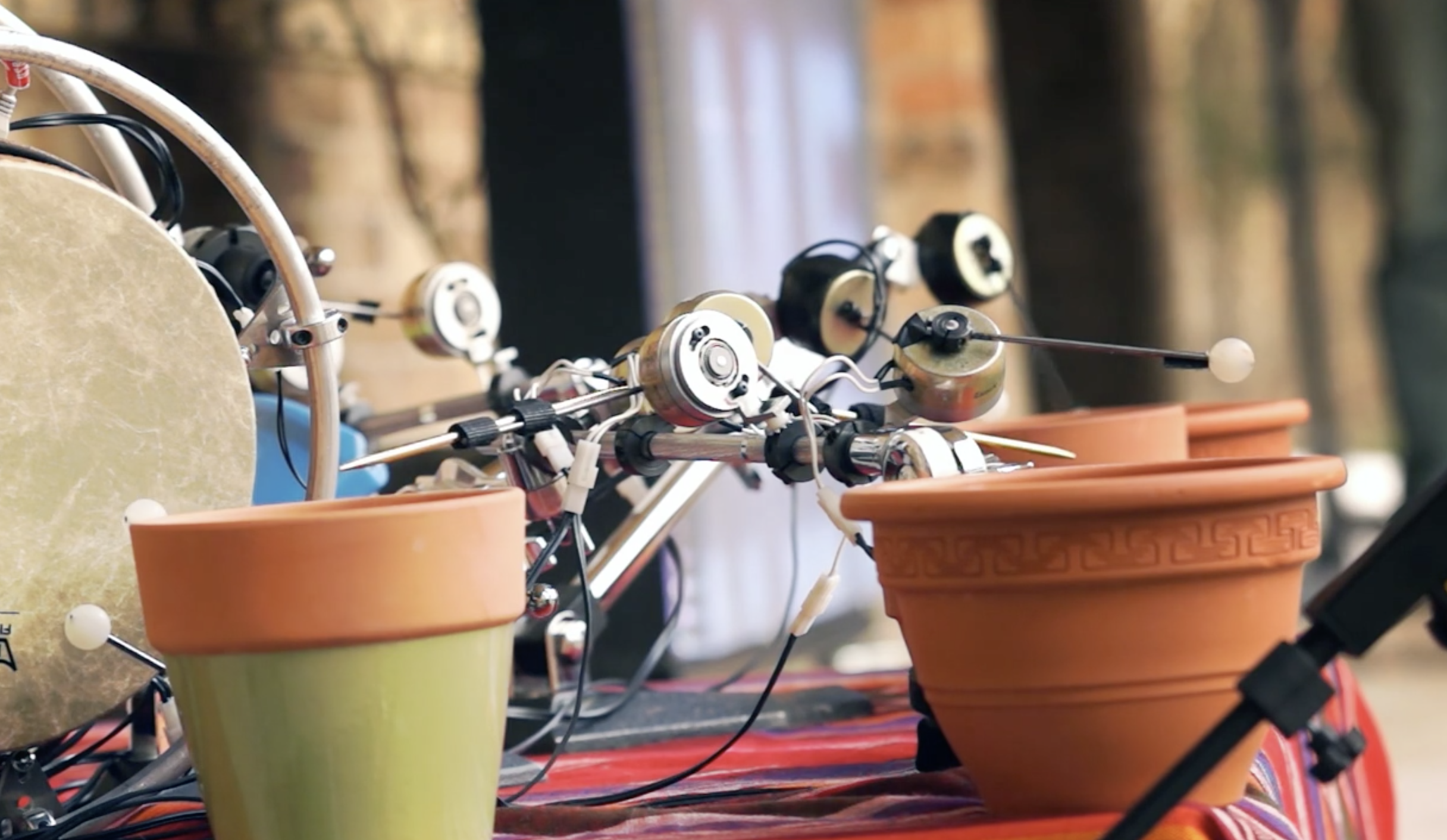