Italian for “In Balance” – a live work for musical multi-agents. Responding to performance control over density, the first set of six agents interact to create an evolutionary rhythmic structure, communicating amongst themselves and altering their patterns in an effort to balance their own goals with those of the other agents. Rhythmic events are passed to a second set of six agents, which assign specific pitches: these decisions are mediated by their own desire to explore their environments (which are under performance control), while balancing the ensemble goal of harmonic stability (AE).

These movements were created using evolutionary algorithms to develop a population of rhythmic motives, initially generated through probabilities. Each population is a single rhythmic phrase, and can last from two to over twenty beats. Once a series of generations (up to fifty) were derived, a genetic operator was run to determine the best ordering and repetition of individual populations, while another genetic operator was run to combine divergent populations. The evolution of the individual rhythmic ideas are clearly heard as they evolve, mutate, and combine to form new individuals (AE).

Dead Slow, which consists of a continuous overlapping harmonic progression, was generated using a harmonic analysis of 87 compositions by Pat Metheny, and a third-order Markov model based upon this analysis. Durations, dynamics, playing style, range, and harmonic spread were determined using patterns generated by a genetic algorithm. These continuous harmonies are interrupted by Look Left – contrapuntal sections that interpret tendency masks that define such parameters as sequence length, number of instruments, subdivisions, playing style, number of playing styles, dynamics, and the number of gestures in a section. In these sections, each instrument operates independently within its own melodic, rhythmic, and tempo plane. The title comes from traffic signs observed while in England, where this piece was conceived.

These two works were composed in an effort to evaluate my compositional process within two different software environments: Sibelius, and my own software, ManuScore. Both works were to be scored for string quartet, be approximately 5:00 minutes in duration, and would use Frederick IIʼs “Royal Theme” (made famous in Bachʼs Musical Offering) as source
material. ManuScore is a notation-based, interactive music composition environment. It is not a purely generative system, but rather represents something closer to what Otto Laske referred to as a musical “Alter Ego”; a system which allows the composer to choose her/his musical materials, define processes, and to remain at the aesthetic centre of the compositional task. Thus, although a degree of generation is possible in ManuScore, the focus of the design is on the broader notion of supporting musical thought. As a result, both works are clearly human-composed. However, the formal development of the music, and much of the melodic material used, within the computer assisted composition were both directly influenced by the software

he software was given 16 measures of the traditional Javanese ensemble composition Ladrang Wilugeng, which it analyzed to derive musical rules. These rules were used by a genetic operator to create a population of ever- evolving melodies and rhythms that the system reassembled in a multi- agent environment over a rotating harmonic field. The end result is a piece of music that reflects many of the tendencies of the original, without direct quotation. The composerʼs role was limited to dynamic markings, orchestration, and assembling sections. The title comes from the phrase ”memories, forgotten”, which was run through Google Translate many times across various unrelated languages (AE).

The procedure to generate Gradual follows that of One of the Above, albeit with the software extended to work with pitch material (AE). 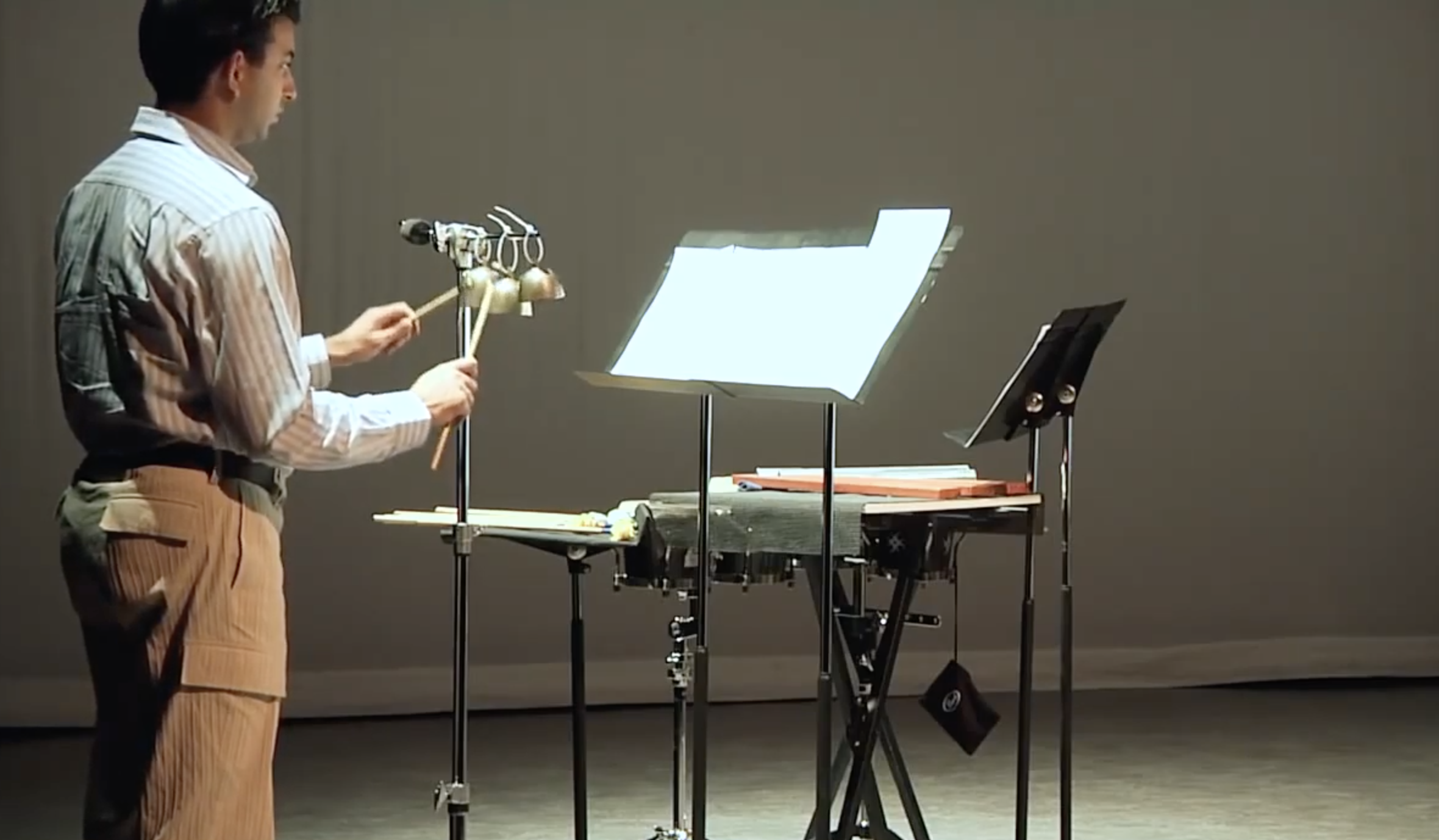