“Dreaming Machine #3” is a site-specific generative installation in the series of “Context Machines” (Bogart, 2011, 2013) and perceives the visual context of installation through a video camera and generates images presented to the viewer. These images represent the phenomenological experience of images we hold in our minds. The authors have developed an Integrative Theory (Bogart 2013) that links perception, mental-imagery, mind-wandering, dreaming and spontaneous creativity into a single conception of simulation that is supported by neurological evidence. The Dreaming Machine is an artwork and computational model that realizes the Integrative Theory. The system uses artificial intelligence methods to make sense of incoming visual material and learns objects and patterns that are used to simulate external reality. The result of the simulation is presented to the viewer as a moving image. The simulation is presented in three distinct modes: In the perceptual mode, the viewer sees a reconstruction of the camera’s image build up from already learned components. In the mind-wandering mode, a relatively static camera image causes an hallucinatory response where imagined images, constructed from learned components, are superimposed on the perceptual image. In the dreaming mode, the absence of external information (due to darkness) leads to totally fabricated images that simulate external reality. These dreaming images diverge from physical reality because they are no longer anchored in external sensory information and because the simulator is unable to perfectly reproduce reality.

See the website : An Artist in Process: A Computational Sketch of Dreaming Machine #3 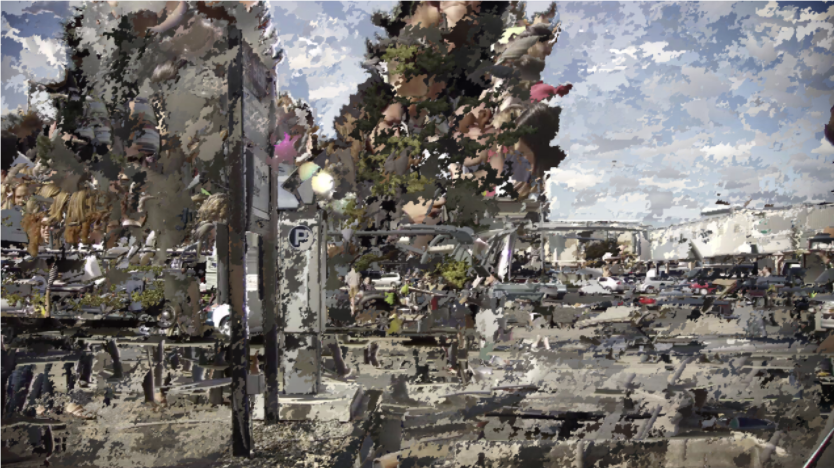