A modified artificial life system, where musical ideas are born, are passed on to new generations and evolved, and eventually die out, replaced by new ideas. Initial populations of phrases are created by rules derived from an analysis of exemplar music. It is a generative system, in that each iteration/performance produces new material; as such, the performers are reading music they have never seen before, from iPads. One unique aspect of this work is that the complexity of the music must be balanced with its immediate readability: only musicians of exceptional ability can perform it.

Generative music systems are based in the notion of creating complete works of art, producing both the details (i.e. the notes) as well as the overall structure of the music. While this may seem like a conceptual curiosity for the audience – who would be unaware of whether a piece of notated music was generative or traditionally composed – live generative music can (hopefully) produce the same excitement that improvisation imbues: a sense that the audience is experiencing something that has never before been heard, or will ever be heard again. However, generative music is different than improvisation, in that it produces multiple parts under the control of a single creative mind: a composition, rather than one line within a performance. As such, aspects of artificial intelligence are necessary to control the relationships between the many musical elements within a work such as An Unnatural Selection.

Titles to individual movements are derived using the same method of musical construction as applied to Jane Austen’s Pride and Prejudice.

Movement #1: Imagination is a Way

Movement #2: Much Beauty is Before You

More Than Four (2012)
for mallets, double bass, and Karmetik NotomotoN

This work uses the same system as And One More, albeit using pitch material. Importantly, the agent’s output is translated into musical notation on the spot, and the musicians perform the music live. Although the goal was to have true real-time composition and performance, this was not technically possible; instead, agent performances have been recorded prior to this performance, and a “curator” agent selects from this database of recordings, assembling several movements for this performance based upon musical criteria that it feels relevant. 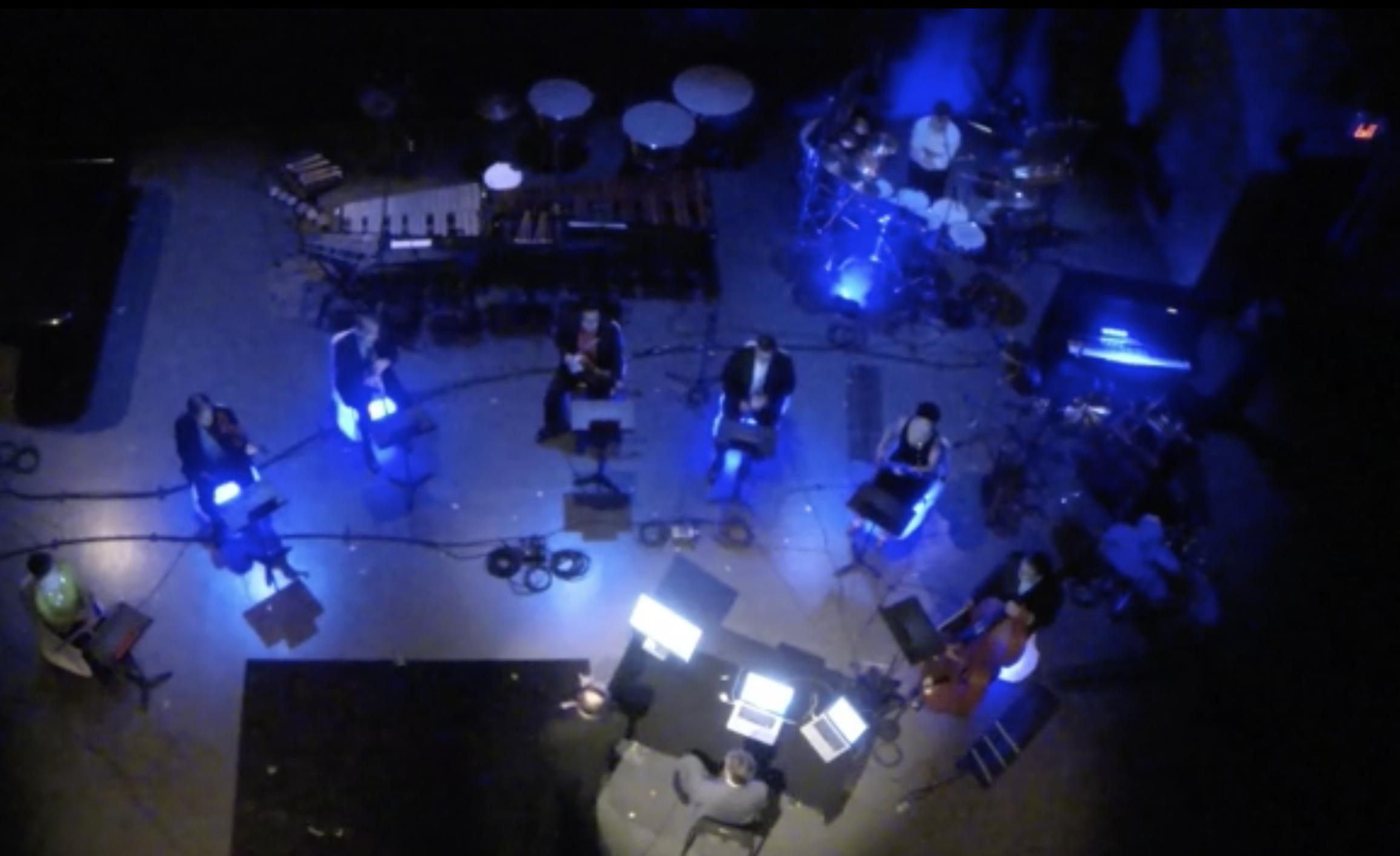