Created during a residency at the School of Interactive Art and Technology, Simon Fraser University (Vancouver, CA), this work is a collaboration Dr Philippe Pasquier, a world leading expert in machine learning for ‘metacreation’, creative producer and transdisciplinary artist, Matt Gingold, and Dr Thecla Schiphort, a pioneer of digital choreography who created Lifeforms Computer Choreographic System for Merce Cunningham. Originally commissioned as an interactive public artwork for the Surrey Urban Screen (Vancouver, 2013), Longing and Forgetting has had several presentations, including live performance, generative video projection (Generations, Vancouver, 2015), real-time data visualization (Scores + Traces, New York, 2016) and an academic paper and performance for CHI 2017 (Denver), the premier international conference for the field of Human-Computer Interaction.

As part of the Moving Stories research program at SIAT, Longing + Forgetting investigates the idea of generative choreographies amongst multiple video agents, or ‘digital performers’. Using a simple movement ‘alphabet’ that borrows from Laban concepts such as effort, weight, and space, the 12 physical performers were filmed traversing a climbing wall. This resulted in thousands of video clips which were then analyzed and tagged according to basic movement properties. As such each video agent comprised of many fragments of movement, which can be stitched together with rules that govern their goals and actions.

In this iteration of Longing + Forgetting each of the agents are either attracted or repulsed by ‘data-windows’ that display real time or trending data feeds. The video agents trace precarious paths through the micro-narratives of our data-saturated world. Unforeseen encounters create momentary connections and disruptions, embracing the temporary, forgettable, nature of data.

The technical and theoretical underpinnings of this artwork are elaborated in the research paper Never Alone: A Video Agents Based Generative Audio-Visual Installation, which was presented at the 2017 CHI conference on Human Factors in Computing Systems. 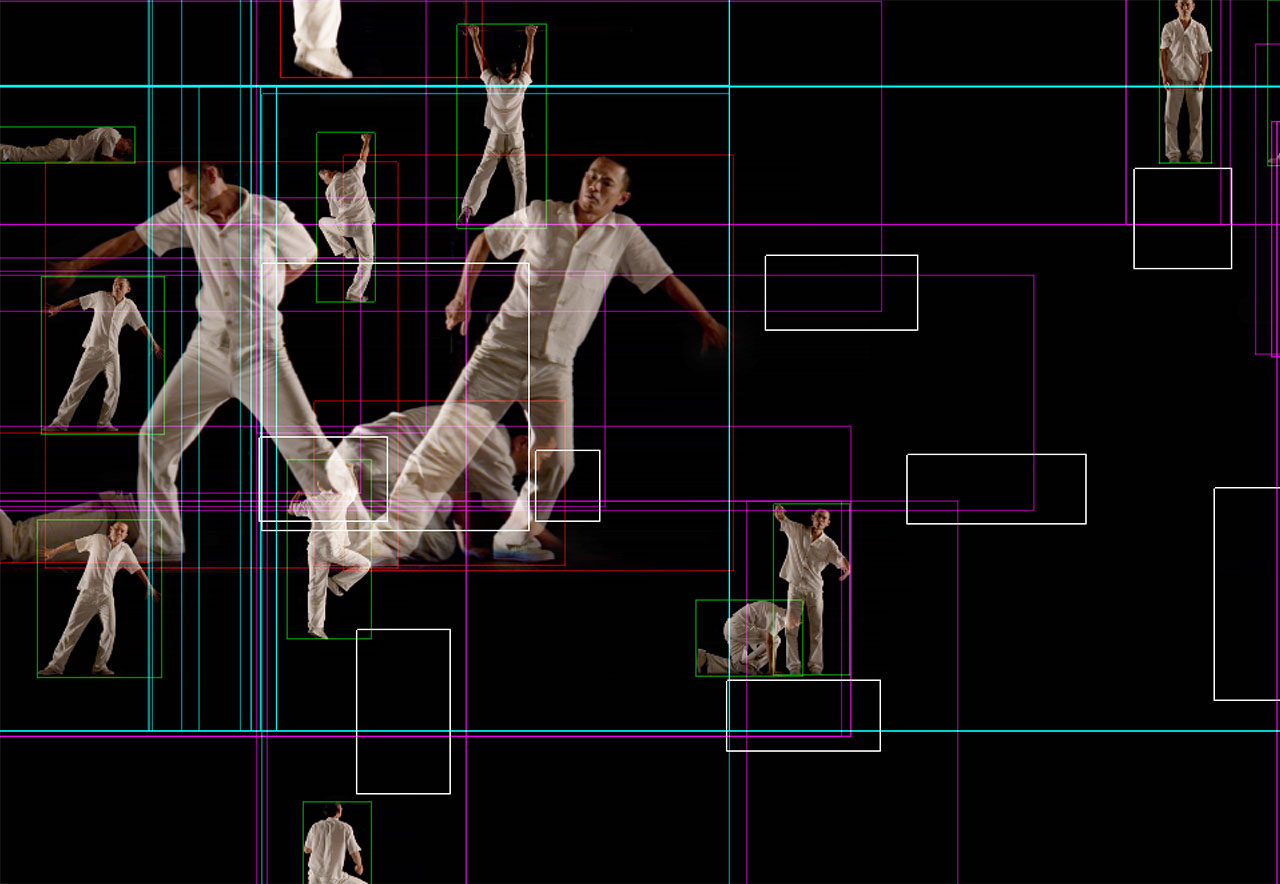