Improvising Algorithms presents live duets between improvising musicians and “live algorithms”, which are computer applications that engage with human performers. The software is autonomous, acting impulsively and unpredictably; neither automatic or controlled, it participates in the creative performance. ! Each piece brings together an improvising musician with an improvising piece of software, in some cases for the first time, in others as the culmination of a long-term collaboration.

In these three movements for metacreative musical agents and improvising guitar, the system is under the watchful eye (and hand) of the composer, mainly to constrain the performance within a concert format (the system is designed for ongoing installations). Agents (musebots) function within an ensemble, communicating their actions and plans, and responding to a organizing agent that generates rhythmic and harmonic structures learned from a corpus. As well as generative audio, three musical robots perform the music. The machine generated musical framework is presented to the performer, allowing him to be an active agent within the creation.

This is one of a developing series of duos for a human and a machine performer. Both “musicians” adapt to each other through mutual listening (i.e., via audio only) and response as the performance develops. The human’s improvisation is encoded by the computer through statistical analysis of extracted features and by cataloguing these in real time. Each observation made by the computer is assigned to a set of musical output behaviors. Recurring features of the player’s improvisation can then be recognized by the computer. The machine “expresses” this recognition by developing, and modifying, its own musical output, just as another player might.

This piece presents the Freely Improvising Learning and Transforming Evolutionary Recombination (FILTER) system, in an improvised duo with François Houle. The project explores themes such as sonic gestural understanding, stylistic tendencies, textural shifts and transformations of the lived episodic memory as it develops in the moment of performance. The work was born from a desire to reflect upon, and perhaps model, my own human performance practice with my Granular-feedback Expanded Instrument System (GREIS), wherein I often capture and transform the musical streams from other performers on the fly.

Zamyatin is a simple improvising system that has been creatively hacked together by its maker in a bricolage manner. It is part of an ongoing study into software systems that act in performance contexts with autonomous qualities. The system has been tweaked to find interesting degrees of interaction between this responsivity and internal generativity, and then ‘sonified’ through the composition of different output modules. Zamyatin’s name derives from the Russian author whose dystopian vision included machines for systematic composition, that removed the savagery of human performance from music. Did he ever imagine the computer music free- improv of the early 21st Century?

Reciprocal Study for Piano and Bots

A new work for piano and a society of sound producing bots. The bots are pre- generated at the beginning of the piece using a semi-random sound producing process. Over the course of the piece, bots are activated when the pianist’s playing is similar to the characteristics of each of the bots. Each time a bot is activated it learns from the pianist’s playing, incorporating the piano’s characteristics into it’s own sound generation. Alongside this process, a pitch tracker is attempting to predict the pianist’s next pitches, gaining accuracy as the piece progresses. When the tracker correctly predicts a pitch, a piano-like sound is played in the electronics part. Both processes aim to evolve a semi-random electronic texture towards the pianist’s playing through a process of exploration.

Voyager (the program) analyzes aspects of an improvisor’s performance in real time, using that analysis to guide an automatic composing program that generates complex responses to the musician’s playing. This implies a certain independence of action, and indeed, the program exhibits generative behavior independent of the human performer. The system is not an instrument, and therefore cannot be controlled by the performer. The Voyager project was started during 1985-86, while Lewis was a composer-in-residence at the Studio voor Elektro-Instrumentale Muziek in Amsterdam.

A oakley outlet lack of spare time has proved more than worth it now he has reached the ultimate goal. Players drafted in the back end of the fourth round last year were signed to four year contracts in the region of US$600,000 a year, but Ellison wasn’t attracted solely by the dollar signs.. Now to the case of the missing Olympians. Seven competitors from Cameroon have gone missing in London five boxers, a swimmer and a soccer goalie; six men and one woman. Duryea is from Wahgunyah, a small town of 900 on the Murray looking over the river at Corowa. The All Saints winery of Rutherglen is nearby. At the highest field Replica ray bans 7.2 T, only the Fermi liquid state with 1 = constant remains. Error bars are determined by least squares fits to the nuclear relaxation curves (Fig. 4. Its physics in a cool kind of way. The odds makers knew that Ben Roethlisberger would be out for this game when they posted the opening line of pick, but the public seems they think they know more than the professionals on how much losing Big Ben will mean to the Steelers. The public always tends to overreact to the loss of a starting quarterback and Pittsburgh is 4 2 ATS since Roethlisberger became the starting quarterback (in week 3 of his rookie season) in the games that he has missed (aside from the two week 17 games when the starters were held out, they were 1 1 ATS in those games). If your blood pressure falls in a range higher than 140/90 mmHG on the blood pressure chart, then you have high blood pressure or hypertension. If your reading cheap jordans falls between 140/90 mmHG wholesale football jerseys to 160/100 mmHG, you wholesale jerseys have mild hypertension. As you draw that, you place your strings or your fingers on the string and you draw back as you extend your arm out and you want to draw a recurve kind of to the corner of your mouth like this and you can touch your nose to the string and just bring it to the corner of your mouth. That’s basically where you want to draw a recurve back each time. Traditionally, such award is given to either a quarterback or running back on offense. In 1986, Taylor recorded an astounding 20.5 sacks to lead the league and ran away with the title of NFL Defensive Player of the Year for the third time in his career (1981 custom jerseys and 1982 were the other two previous years). And in regards to the final milestone targeted in our last quarterly call, we did submit a manuscript for publication cheap jerseys wholesale with our colleagues at the Boston University CTE Center. Beyond optimism that our tausome biomarker discovery will lead to a test that could detect and monitor CTE in living individuals. 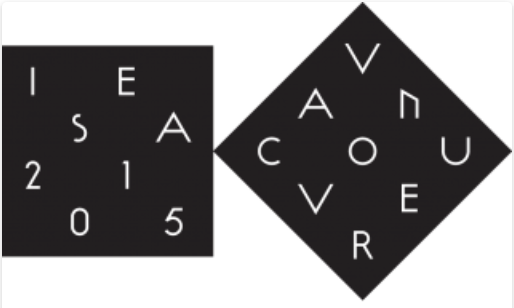