Playing a video game is an emotional experience. In addition to the player of a game acting as its audience, watching video games is a popular activity. Approximately 4 million simultaneous viewers watched the League of Legends World Championship matches, and an estimated total of 8.8 billion hours of video game livestreams were watched in 2021. To model the emotional perception of a gameplay spectator, we create PreGLAM: The Predictive, Gameplay-based Layered Affect Model.

PreGLAM uses an appraisal-based model that responds to the events and actions of gameplay, based on how they affect PreGLAM’s provided desire. We tell PreGLAM to essentially cheer for the player to win, but any desire may be used.

PreGLAM is empirically evaluated, and more details will be appearing in the related paper, to be submitted to the IEEE Transactions on Games Journal. 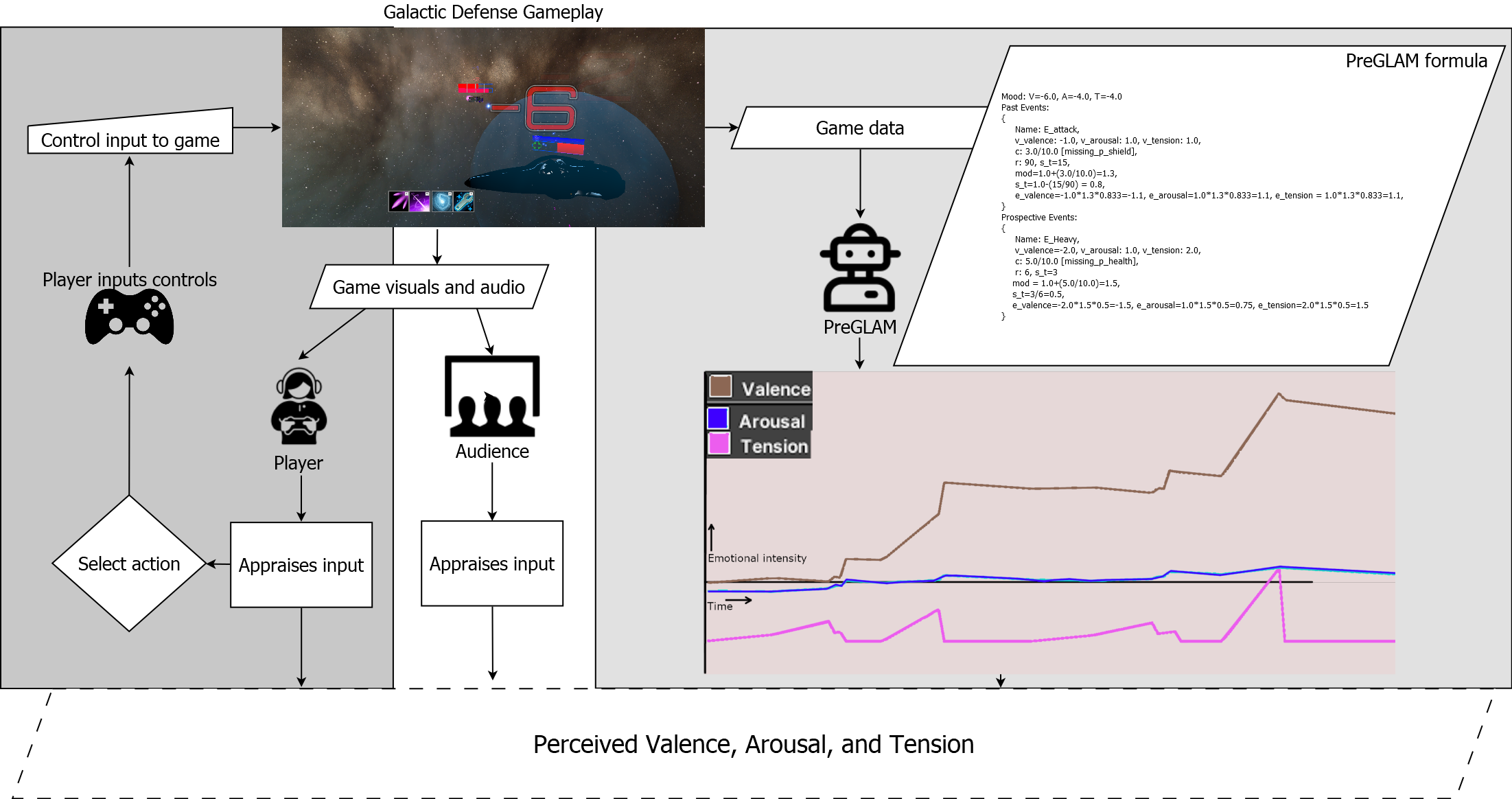