Coming Together: Beauty and Truth

It is a work for autonomous agents that demonstrates self-organizing behaviours in a musical environment. Given no explicit musical data, agents explore their environment while creating melodic phrases, building beliefs through interactions with other agents via messaging and listening (to both audio and/or MIDI data), generating goals, and executing plans. The artistic focus of Coming Together is the actual process of convergence, heard during performance (each of which usually lasts about ten minutes): the movement from random individualism to converged ensemble interaction. If convergence is successful, four additional agents are instantiated that exploit the emergent harmony and rhythm through brief, but beautiful melodic gestures. Once these agents have completed their work, or if the original “explorer” agents fail to converge, the system resets itself, and the process begins again.

It is an autonomous soundscape composition created by four autonomous artificial agents. Agents choose sounds from a large pre- analyzed database of soundscape recordings (from freesound.org), based upon their spectral content and metadata tags. Agents analyze, in realtime, other agent’s audio, and attempt to avoid dominant spectral areas of other agents, selecting sounds that do not mask one another. Furthermore, selections from the database are constrained by metadata tags describing the sounds. Thus, water sounds may trigger other water sounds, or agents can choose to oppose contextual references. As the composition progresses, convergence is further facilitated by lowering the bandwidth of the agent’s resonant filters, projecting an artificial harmonic field upon the recordings that are derived from the spectral content of the recordings themselves. Finally, each agent adds granulated instrumental tones at the resonant frequencies, thereby completing the “coming together”.

Eigenfeldt, A. “Coming Together – Negotiated Content by Multi-agents”, Proceedings of the ACM Multimedia 2010 International Conference, Firenze, 2010, 1433-1436. 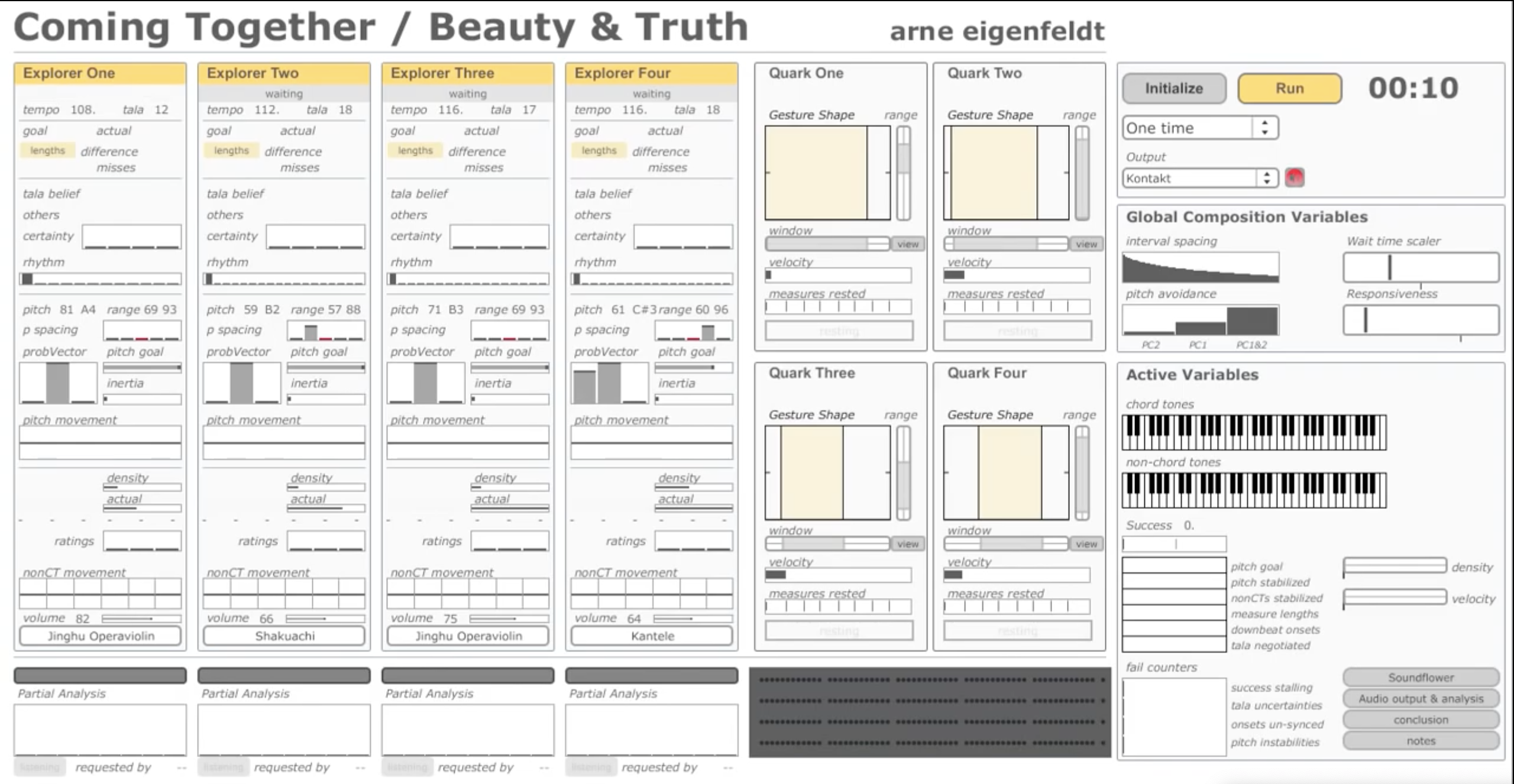