A realtime generative work for four percussionists, double bass, and Karmetic Notomoton – an 18-armed mechanical musical instrument. The live performer is considered part of the community of virtual agents that control the robot. During the last section, the system requests interactions with specific performers.

Coming Together: NotomotoN was inspired by the NotomotoN robotic instrument, created by Ajay Kapur. Given a composition’s overall duration, individual sections are calculated in which a rhythmic tala is interpreted by the agents, one of whom is the Notomoton, in unique ways. The human performer improvises over the dynamic environment, and his playing is interpreted by the agents in ways that affect the resulting music. 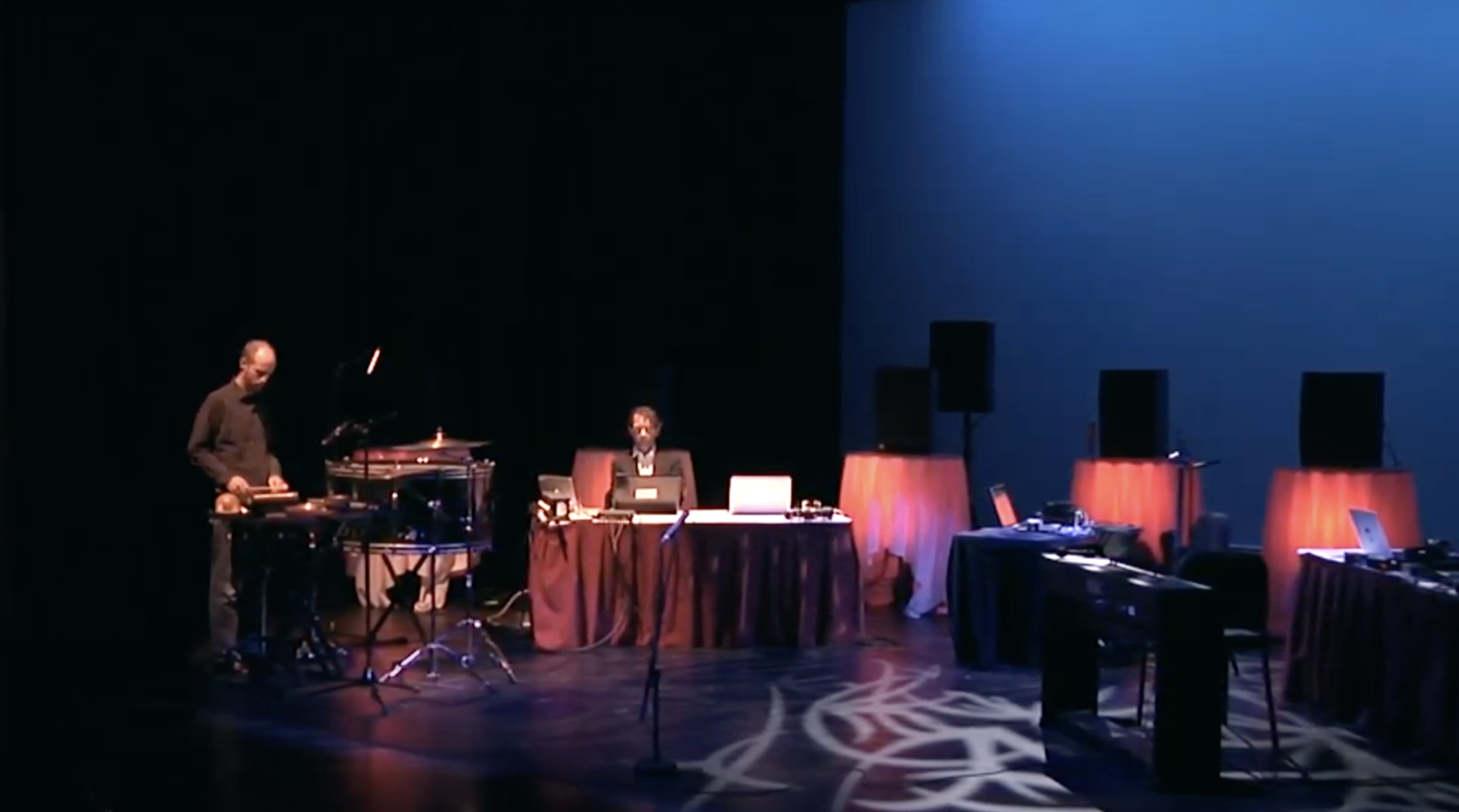